Greetings Schtummers!  This month we are overjoyed to have Russell Swallow and Captain of the Lost Waves – 2 bands that will take you on a splendid and exciting journey through sound and music.

CAPTAIN OF THE LOST WAVES

Ahoy! Come aboard and sail with the Captain, an intergalactic time detective, whose mission has been to shed light on those who neither chased, courted or endeared themselves to any audience. These are the lost stories and the hidden gems, much like The Captain himself!

A timeless troubadour, creating a concoction of music & interactive, intuitive performance… No gig is ever the same. Where sweet black cabaret meets a healthy dollop of vaudeville. Replete with an equal measure of joy, pathos and profundity it has to be seen to be believed.

Check out The Captain’s videos

**** ‘I don’t think I’m made of that stuff‘ laments the singer-songwriter styled only as The Captain. The doubt’s right there, in the lyrics of one of his beautifully heartfelt songs – yet if “that stuff” is talent, then the man we see in front of us clearly exudes it from every pore. Let’s be clear about one thing first: The Captain really can sing. I don’t just mean he can sing in Fringe terms – I mean he has a voice you might hear on a West End stage, or here in Edinburgh at a recital in the Usher Hall. **** RICHARD STAMP, FRINGE GURU (Edinburgh Fringe Festival)

Suffolk boy Russell tells stories of every day passions, extraordinary moments and unsung heroes. You may remember Russell playing Schtumm as a duo with the delightful Jess (as Swallow & The Wolf) and that’s going strong.

This performance is Russell’s solo project and we are excited about the imminent release of his record ‘My Lover, Her Lover And Me’ which Schtummers will get to hear hot on the heels of its release.

‘clearly a man with poetry in his soul’ – Tom Robinson, BBC Radio 6 Music

‘pouring his heart out with killer songs’ – Sofar Sounds

Schtumm is at the The Queens Head, High Street, Box SN13 8NH 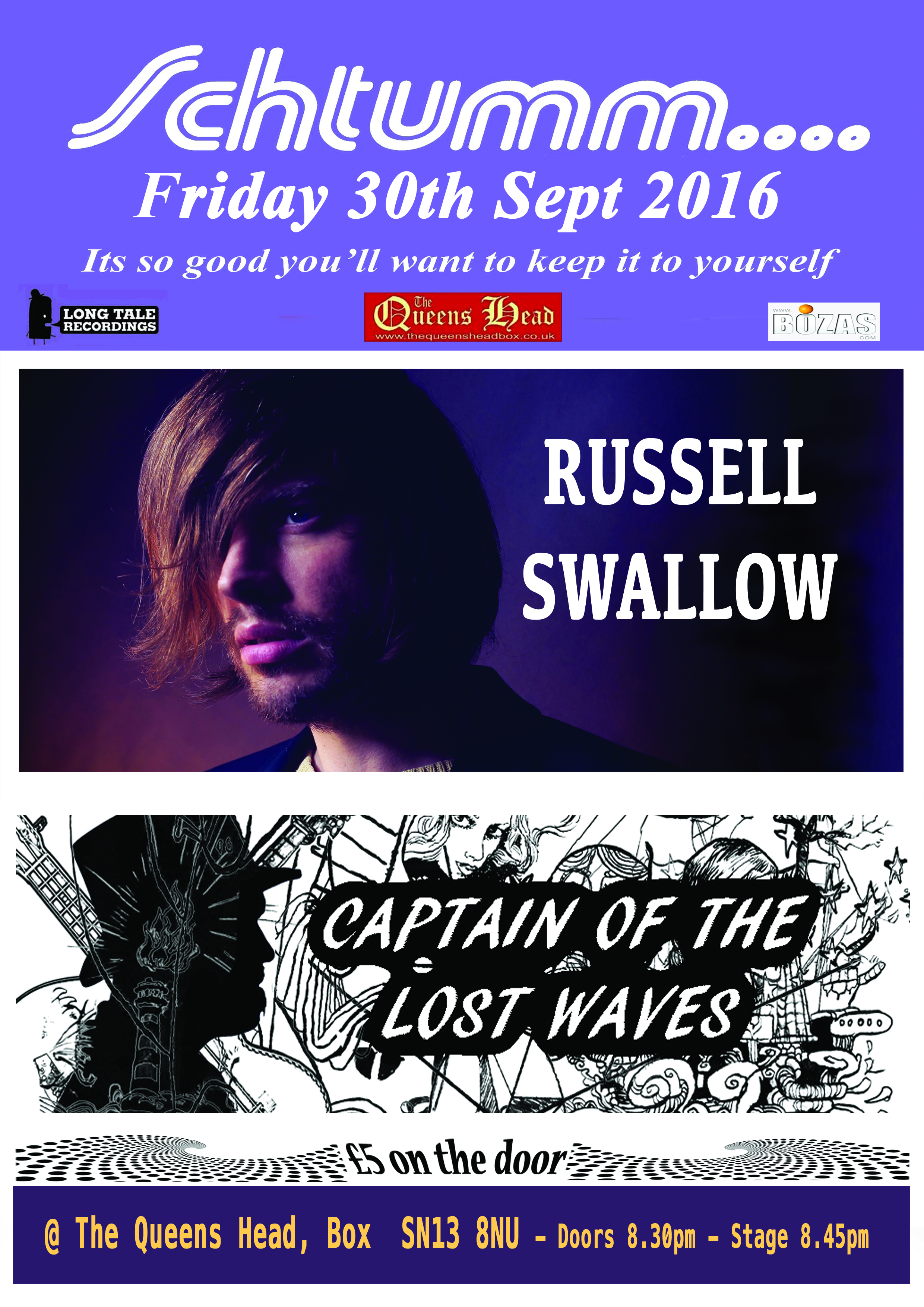