So The November Schtumm…. what have we got? This month we have a Smörgåsbord of talent and styles. We have the likes of Jem Tayle and Caroline Crawley and we have Adam Rose (with his band). This is another fantastic feast of talent.

Jem and Caroline are better known as Shelleyan Orphan, and in that outfit they have recorded for Rough Trade, Columbia and One Little Indian. They have worked with and supported The Cure, This Mortal Coil, The Pixies, split into Babacar and Elephantine and then recently reformed and are creating magical wonderment. 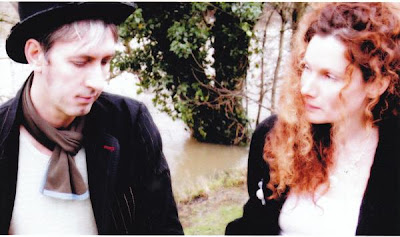 The music is fairly unclassifiable as Shelleyan Orphan skip genres happily, often surrounding themselves in arrangements and orchestration, care of Jem Tayle’s unusual instruments, an adornment to elevate Caroline Crawley’s wonderful magical vocals. (Caroline also sang on ‘This mortal coils’ ‘Blood” album). Shellyan Orphan came together crooning and harmonizing to the sound of ‘The ‘Chi-lites many moons ago and among other things,have knocked out a few albums over the last 16 years and then disappeared for a while to make some Hocus pocus. A new album will appear in the new year

This is a wonderful opportunity to preview some of the new material as well as hearing some of the classics. We are very lucky to have convinced them to play Schtumm…. 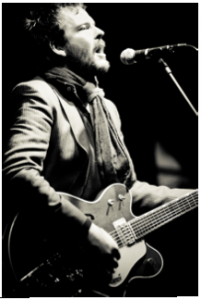 Adam Rose? You may remember the Grand Rose Band that toured all over the South West about 10 years ago. Well they were pretty spectacular and nearly crossed into major record deals but suffered the fickleness and cruelty of the industry and finally disbanded. Adam Rose the charismatic singer took a sabatical and disappeared from the music scene. Recemtly he turned up at Schtumm…. and let us know that he had started writing again and was recording a new album. Well when we heard the record (or the mixes) we were blown away – So former Grand Rose Band singer/songwriter Adam Rose comes back with his new band and new album. Anthemic country tinged alt rock songs with vibes of Tom Petty and My morning jacket  create an unmissable rock n roll experience!

This will be a storming Schtumm…. and a fantastic way to warm you up for the winter season.

THE QUEENS HEAD IN BOX

And don’t forget the Schtumm…. Xmas Jamboree on 21st December 2012
This will be a collection of musicians from all over the world throwing a party that’ll launch you into christmas.