For May’s Schtumm as we heartily welcome Beth Porter & The Availables and Carmina.

Prepare yourself for some extraordinary musicianship and a quality evening.

Beth Porter comes with her ubiquitous Availables to Schtumm fresh from her rapturously received album tour for ‘Open Doors’. 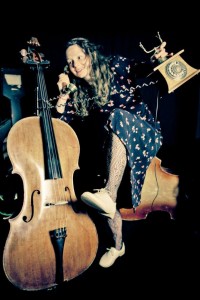 An award winning classical musician in her own right, Beth embraced the folk scene and was taken in by their fraternity, touring and sessioning with the likes of Eliza Carthy, Jim Moray, Jackie Oates and Bellowhead. As Beth’s reputation as an outstanding session cellist grew, she was much sought after by more main stream acts, appearing on albums by Newton Faulkner, Kula Shaker, Petula Clark, The Proclaimers and The Heavy.

Beth sings her endearing songs with a pure yet fragile voice accompanying herself on either cello or ukulele, and it is this signature sound that forms the core of the album. The Availables, on strings, piano, drums and bass, expand the arrangements from the ethereal to the cinematic, epic and playful, delivering an album of undeniable richness 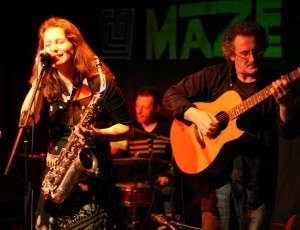 Carmina began their career in Bristol in the 1990’s and have since then they have toured all over the world and recorded five albums. Their music is intoxicating blend of Celtic-inspired themes and jazz improvisation, woven together in powerful original songs.

Their Schtumm appearance will feature founder members and songwriters Pippa Marland (vocals, saxes, Irish whistles) and Rob King (acoustic guitar, bodhran). They will be joined by newer band member, maverick genius Paul Bradley (acoustic and electric guitar, melodica,vocals). Paul is also a member of multi-instrumental acoustic trio Three Cane Whale, and has just released his first solo album. The set for Schtumm will include new songs and instrumental pieces destined for the new Carmina album, due for release later this year.

“Powerful and spiritually uplifting” The Guardian

“Mesmerising…bewitching...Carmina’s songs are effortless in the international language of love and the emotions” Irish Times