So what’s the big deal about Schtumm in March……

Well its all about Birth and being there for the first few breaths.”

What is this all about ? Babies or a gig? Here is the story……… 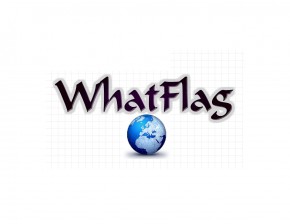 I met Mark Smulian in the back row of a Tupolev passenger plane flying from Kazan in Tatarstan to Moscow in 2008. We had been in Kazan for a music festival – a free festival with an audience of 200,000 people. I got speaking to Mark and discovered that i had seen his band White Flag perform at the festival and they were brilliant.  White Flag was a mixed band half Israeli and half Palestinian Consequently they found it quite hard to play in Israel. Roll forward 4 years and Mark informs me he is leaving Tel Aviv and moving to Bristol. I invited him to the Schtumm Jamboree and he became an important player in the success of that show.

From that event Mark recruited some players and put a band together – when he was thinking about a name I facetiously suggested What Flag. They took me seriously and lo and behold the band was named without yet being born. They recruited a few more members and I am told they have written some epic songs.

Mark was going to send them through to the Schtumm…. HQ for review but we decided that we want to be as surprised as you are. Its like electing not to have a scan to know the sex of your unborn baby. We have the name and I know he show will be BRILLIANT so be there at the start of something special witness the birth of What Flag.

So that brings us on to the support act.

I spoke to Mark and he suggested an acoustic duo would set the evening off on the right path. Serendipity delivered it to me in the co-op in Box. I walked into the shop and bumped into Cliff Jones who told me he has been working on a few songs with Gareth Hale, so I threw down a gauntlet, “two weeks and twenty minutes” I said.

“What?” Was the response. I then explained that they had 2 weeks to write 20 minutes of music and that they were the support act. So that’s 2 births in one night. I am confident it will be brilliant evening, ………….. I know there will be lots of surprises and all of them brilliant ones.

When its Full it’s Full

email info@bozas.com with the subject What Flag Tickets to reserve space)