Dub Colossus on stage at 8:45 sharp as we have to be done before the locals bedtime.

Should you want to see what’s on at next month’s Schtumm, click here.

So excited to be welcoming the phenomenal Dub Colossus back for a Schtumm Extra on July 18th, part of the launch of their new fantastic album ‘Addis to Omega’. Last time everyone went WOW why did you not tell more people such an extrardinary band was gracing the Schtumm…. stage. Well, We are TELLIN’ ya’ll NOW.  This is their Summer tour warm up gig, so they will be on fire and you will be 10 feet from them and under a tent. Better than standing in a mud puddle in the rain 400 feet away from the stage! 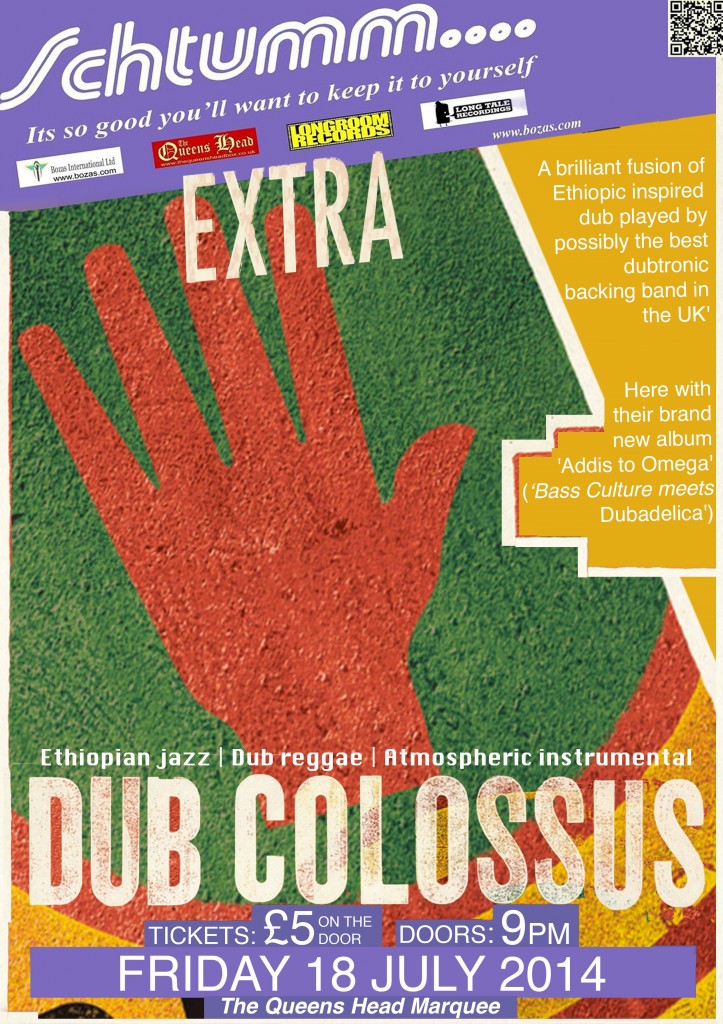 Nick Page (aka Dubulah) on their new album:

Where the first 3 albums focused on Dubulah & Ethiopian artists in collaboration
ADDIS TO OMEGA is more of a UK/Jamaican affair,
reflecting the times and events happening locally and globally, the impact they are having on us all…social, political and economic.

Reggae was always had an urban griot side, (as well as humour and madness), as is evident in this set.

Musically, this is the spirit of the Specials seen through a Funkadelic lens, with a sprinkling of psychedelic dub on Forbidden Planet (DUBADELICA)
Or the sound of Joe Gibbs mixing Scritti Politti with Maceo Parker, Prince Jammy & the BBC Radiophonic workshop looking on…
The Gladiators, Congos and The Abyssinians meeting Ethiojazz, Afrobeat and Juju music.
Sharp lyrics on rare dub grooves, The Horns of Negus getting jazzy and wild…

Lyrically, this is a mainly english language set..everyday life and experience in the time of the great global banking crash … the rise of the right and a disconnected political class, joy and dance…the human spirit of resistance.

and reviews: Check this out

new review in…from Australia! On the new album.
DUB COLOSSUS
ADDIS TO OMEGA
IRL/THE PLANET CO.
reggae/dub/jazz/soul/world
The above line offers a stark synopsis of the latest exciting episode in UK multi-instrumentalist,composer, arranger, programmer and producer Nick Page’s/Dubulah’s ongoing project, Dub Colossus.
It doesn’t convey the full kaleidoscopic quality of Addis To Omega, the exquisite weaving together of an impressively wide variety of styles, players and musical colours into a coherent tapestry of songs
with a political underbelly.

While it moves further away from Dub Col’s earlier albums – 2008’s In A Town Called Addis and 2011’s Addis Through The Looking Glass – which explored Ethiopian music through a dub prism, the ethiojazz legacy lingers covertly in the leader’s serpentine electric guitar lines and in the articulation and structure of some of the brass work. A progression on the collective’s last album, 2012’s Dub Me Tender Vol 1 + 2, the new offering has a more pronounced UK/Jamaican reggae feel with elements of ragga, dancehall and ska.

There’s vocal strength in the first half of the set, where the soulful singing of Mykael S. Riley (ex-Steel Pulse) and Jah Wobble associate PJ Higgins is predominant. The section from the title track to the end has a stronger jazz and instrumental bent, which is only interrupted by Page’s former bandmates in Transglobal Underground, Natacha Atlas and Tim Whelan, and Egyptian violinist Samy Bishal in the Asian-flavoured ‘Shape Of Things To Come’ and Tuvan throat singer Albert Kuvezin, whose growling in ‘A Voice Has Power’ also seems somewhat out of place with the rest of the album (despite the track title). 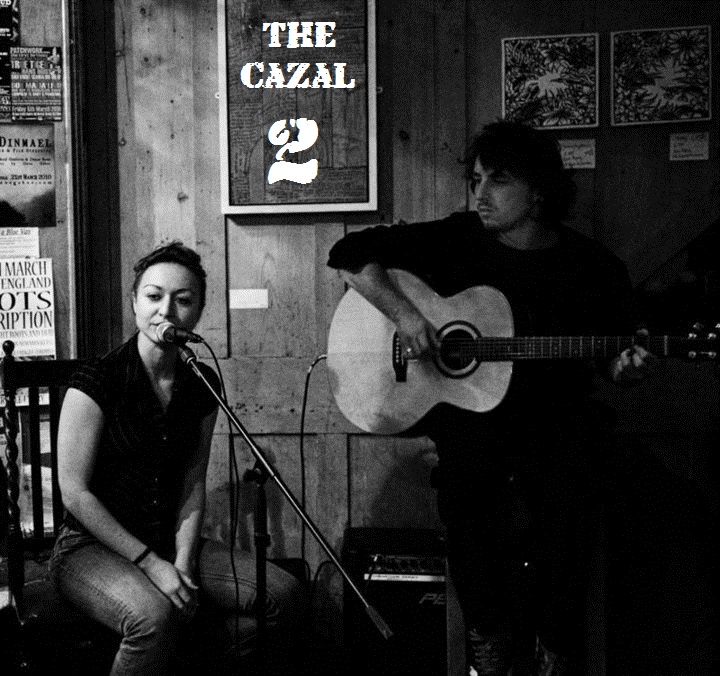 The Cazal 2 is a collaboration between vocalist Kesty Morrison (CCQ, The Inexplicables) and guitarist Sam Garrard (ushti baba, jelly rebels) They have been touring the UK with their distinctive blend of country, blues and flamenco tinged soul. Their music video ‘My Dog’ has received over 20,000 views on YouTube

We met Kesty through Katey Brooks where Kesty sings harmonies and backing Vox. We are happy to have Kesty grace the Schtumm…. stage and a big welcome to Sam.