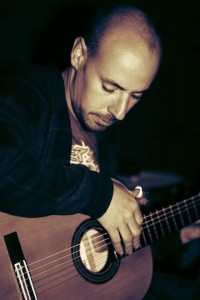 Its taken us a long time to get The Flamenco Thief into Schtumm…. The Thief has been honing his art for years and doing a Bob Dylan in reverse. He started on an electric guitar and then discovered Flamenco. He has been perfecting his craft and has channeled all his time and effort into mastering the art of Flamenco, playing and adapting the sound to incorporate a range of musical genres. The Flamenco Thief now merges classic Spanish rhythms with styles such as funk, hop-hop, ska and breakbeat, craftily utilizing a loop pedal to his will!

This will be a very entertaining evening indeed and for the guitarists out there (and wannabe guitarists) it could be quite inspirational. 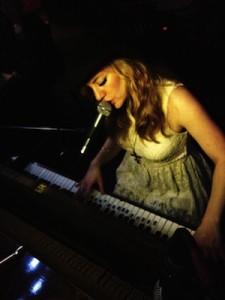 What a find…. We found Alice behind a piano at the 12 Bar in Swindon. We were blown away, great songs, great playing and STAR written all over her performance. Its no wonder she has graced the stage with Cyndi Lauper, Adam Ant and supported the likes of Babyshambles, Billy Bragg, Hard-Fi and TheLibertines.

Alice is a breath of fresh air and musical prow(l)ess. In an ocean of female vocalists Alice sails the ship of solo artistry, as a beautiful singer and self accompanied master of her piano.’

When its Full it’s Full

(The last few shows have been completely full so arrive early for tickets!)